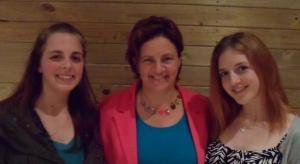 Standing in my daughter’s mess was an uncomfortable moment for me as a mother. I thought I could feel her overwhelm, her disappointment, her frustration, her embarrassment – what seemed like a million feelings, none of which were good. I realised that those feelings were mine. I’d been where she was and I’d felt those things. I had given her my feelings.

I could hear her begging me not to judge. In fact, she may have actually verbalised that. I don’t know, I was too focused on myself at this point to pay attention to what might be happening for her. I also didn’t really want to know what was happening for her as it was all a little too much for me and I didn’t feel I could cope with anything more.

What I didn’t tell her, what I wish I had told her, is I was not judging her, but I was judging me. Oh boy, was I judging me! I remembered all (and I don’t use that word lightly, I really think it may have been all) the dumb things I’d done, the innocent mistakes I’d made, the way my timing sucked so that my life was made very messy, the failings of my life. I wondered long and hard if my parenting had been one of those things to include in the failure list. For a minute I thought so.

But then I had that deep realisation that I’d had when my children were babies – it is my job as a mother to love myself so that they know how to do the same. What would I say to my daughter if she was standing there in my shoes? How would I let her know that she was worthy when she was condemning herself so?

So, thanks to my daughter, I have had a weekend of emotional downs, which have left me up. I hope she is feeling the same.

One thought on “Hidden blessings in parenting”